Have you ever heard of boiler explosion? Find out if you are at risk 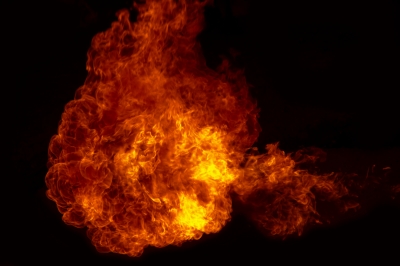 What is boiler explosion?

A boiler explosion is the sudden, total and unrecoverable failure of a boiler. There are mainly two types of explosion of boilers. The first type is the failure if the parts of the steam and water sides. This type of explosion can be caused by many factors such as corrosion, low water level or failure of the safety valve. The second type is explosion of air or fuel in the boiler or furnace. This type is commonly called firebox explosion. This is more common in oil- or gas- fired boilers and can be hazardous.

There are generally three things that can cause an explosion in your boiler system:

Explosions most often happen because a part or parts of the boiler is too weak to take the pressure from the boiler. On the other hand, firebox explosions usually happen after an extinction of flames from the burner. Over time, fuel such as natural gas, oil fumes, propane or coal can build up in the combustion chamber. These fuels will volatize quickly due to the high temperature in the vessel. After a burner flameout or the extinction of flames, the fuels will become a source of ignition, causing an explosion of the vapors.
What happens if a boiler explodes?

Fuel explosions can cause damage to the boiler tubes and interior shells, and can trigger failure of the structure, leaks, a secondary shell failure or steam explosion.

A boiler explosion can be very damaging because it allows for steam to escape. Steam takes up 1,600 more room than water. When steam is allowed to escape, it all goes out at once. The pressure produced from this can be compared to the detonation of explosives or gunpowder.

Where did boiler explosions happen in the past?

There are many recorded examples of boiler explosions.

How can we prevent a boiler explosion?

You can help prevent a boiler explosion from happening in your home. This can be done through correct boiler installation, boiler repair and regular boiler service.

RJ Gas has a team of qualified gas safe registered engineers who can help you prevent a boiler explosion.